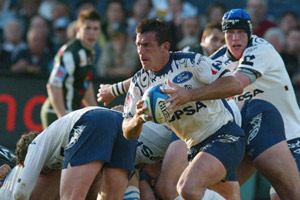 Three more teams – Agen, Llanelli Scarlets and the Ospreys – have booked their places in the 2006/07 Heineken Cup…

And Newport Gwent Dragons, confirmed as the highest non-qualifying team from the Celtic nations, will play the best of the losing Italian semi-finalists – which will be broadcast live by Sky Sports – on Friday, 2 June for the 24th and final position.

The first legs of the Italian semi-finals played at the weekend ended in a 31-23 away win for Benneton Treviso at Gran Parma and a home 34-20 win for Calvisano over Rugby Parma.

The 19 qualifiers so far (by country in alphabetical order) are: