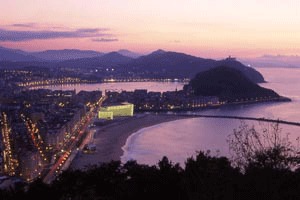 Sale Sharks flew out on Monday morning to their training base outside San Sebastian, ahead of Sunday’s Heineken Cup quarter-final against Biarritz.

European Challenge Cup holders Sale Sharks will take on the French champions Biarritz Olympique in front of a packed stadium in the impressive Estadio Anoeta in San Sebastian this weekend.


The busiest members of the party that travelled are sure to be club Doctor David Jones, Head of Physical Preparation Nick Johnston and the physios, Phil Burt and Jeff Ross.

The travelling party included Jason Robinson, Mark Cueto, Chris Mayor and Richard Wigglesworth who were all injured in Saturday’s win at London Irish.

Morale was high after Saturday’s win although both Jason Robinson and Mark Cueto must be rated doubtful at this stage for the biggest game in Sale Sharks history.

Sale captain Jason Robinson was sidelined with the Sale captain having retired in the 18th minute with a hip problem which may rule him out of the San Sebastian showdown.