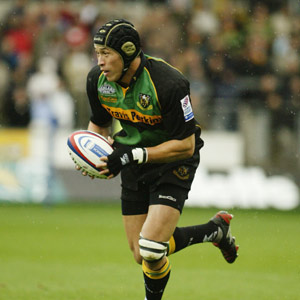 Bruce reihana speaks to ercrugby.com ahead of the Heineken Cup quarter-final against Munster - the third time the teams have met this season - 08/04/2010 14:41

Northampton Saints announced that ex-All Black Bruce Reihana has taken over the leadership reins from Steve Thompson as club captain.

Head coach Paul Grayson said: “We thank Steve for the effort he put into his term as captain during what was a difficult time for the club. Steve helped stabilise the club during that time and for that, we will always be grateful. Steve expressed a wish to concentrate solely on his own game and we completely support his decision.

“Bruce is Steve’s natural successor in that he led the side on so many occasions last season and has proven himself to be a worthy leader. Bruce has already served us so well as a player that I sure he will do an equally good job as the club’s new captain.”


Reihana said: “It is a huge honour for me to become Saints’ club captain. I was so honoured to lead the side out on occasions last season and will relish this opportunity.”