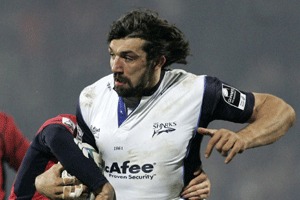 Following a red card, Sebastien Chabal awaits a disciplinary hearing which may result in a suspension and could rule him out of the Heineken Cup quarter-finals.

Sale Sharks fell 16-26 against London Wasps in the Guinness Premiership on Saturday, losing replacement Chabal to a red card on 72 minutes.


Chabal was shown the red card by referee Roy Maybank six minutes from time for allegedly stamping on Lawrence Dallaglio and reports suggest he then appeared to spit at centre Fraser Waters as he left the field.

For the offence of stamping the former French international could face a ban of several weeks. If sanctioned for spitting he could be sidelined for the rest of the season.