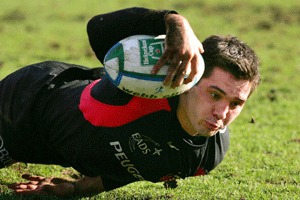 Tickets for the four Heineken Cup quarter-finals, to be played on Saturday 1 and Sunday 2 April, will be available from the final eight clubs. Fans should keep a vigilant eye on their club’s website for further information regarding ticket availability and sales. (Click on links below to visit your team’s website.)

Demand for tickets for the knockout stages is already immense, as teams are now fighting for survival. Last year a record audience of more than 140,000 watched the quarter-finals. Once again, thousands of fans will travel to the quarter-finals to witness the action first-hand, and to support their team’s quest for Heineken Cup glory.