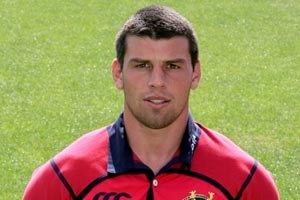 Munster have been handed a boost ahead of their Heineken Cup quarter-final against Perpignan on Saturday 1 April with the news that Denis Leamy’s ankle injury is not as serious as first thought.


Leamy went off injured during Ireland’s dramatic victory over England at the weekend but a scan on his injured ankle revealed there is no serious ligament damage.

Leamy has 11 Heineken Cup appearances to his name and coach Declan Kidney will welcome the news that the influential flanker is on the road to recovery. The 25 year old back row has started in all of Munster’s Heineken Cup games this season and has become a crucial player to Munster.

The number 8 has been ruled out of this weekend’s Celtic League match in Llanelli, but he is walking without crutches and is expected to resume light training later this week.