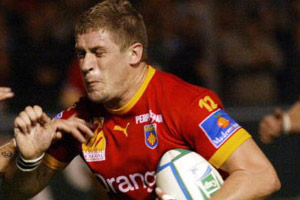 Nicolas Laharrague has been ruled out of the Heineken Cup quarter-final against Munster with an injured shoulder.. - 29/11/2006 12:39

Nicolas Laharrague has been ruled out of the Heineken Cup quarter-final against Munster with an injured shoulder..

The fly-half tore shoulder muscles in a tackle during the final minutes of his side’s 18-15 victory over Bourgoin in the French Championship on Saturday.


Following medical consultation, the player has been advised to rest for at least a fortnight – ruling him out of the crunch encounter at Lansdowne Road.

“I am very disappointed not to be playing in the quarter-finals,” said Laharrague.

“I have already missed a month because of a broken hand, and now two more weeks of unavailability.

“The muscles are torn, but the important thing is that the ligaments are not damaged, otherwise I could have been out for much longer,” he added.