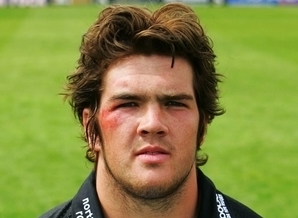 Newcastle Falcons lock Sean Tomes has signed a one-year contract, keeping the former Scotland Under-21s star at the club until the summer of 2007.


The 21-year-old came through the Falcons academy system, and at 6ft 7 and 18 stone 8 provides a considerable physical presence.

Rugby runs in the Tomes family, with father Alan having won 48 caps for Scotland between 1976 and 1987, as well as touring with the Lions.

Speaking on his new deal, the Gateshead-born forward, who is currently completing a building surveying degree at Northumbria University, said: “I’m delighted to have signed with the club full time.

“I’ve been with the academy since the age of 18, and I can’t wait to train every day with the first team squad next season, as well as hopefully pushing for a place in the match-day 22.”

Falcons academy manager John Fletcher has worked with Tomes for a number of years, saying of the imposing second rower: “Sean is a great kid and a fantastic prospect for this club.

“He obviously offers size, but in addition he is a top character and a very good footballer.

“Training full time with the first team will allow him to really push on as a player, as well as working further on his physical development, which has progressed a lot already.”

Director of rugby, Rob Andrew, added: “Sean is yet another good young local forward, which is very much the path we see ourselves going down for the future of the club.

“We have been working with him in the academy for a number of years now, and we believe he has what it takes to start pushing for a senior place.”