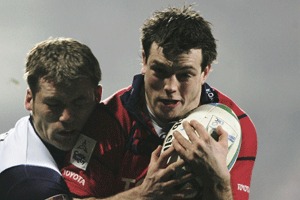 Murphy’s Heineken Cup season has come to a premature end as he dislocated his ankle and fractured his tibia. Dowling has a neck/shoulder injury but is not being ruled out of the Heineken Cup quarter-final.


Murphy’s unfortunate injury is a harsh blow to the eight time quarter-finalists as they continue their conquest for Heineken Cup glory. The young player has added a serious edge to Munster’s attack since his arrival on the provincial scene this season. The center’s form and confidence was rewarded against Sale Sharks in Thomond Park when the 23 year old earned the Heineken man of the match award.

In the build up to the clash against the Catalans, an army of Munster fans are preparing to descend on Lansdowne Road, on Saturday 1 April, for what looks set to be another sell out Heineken Cup quarter-final.