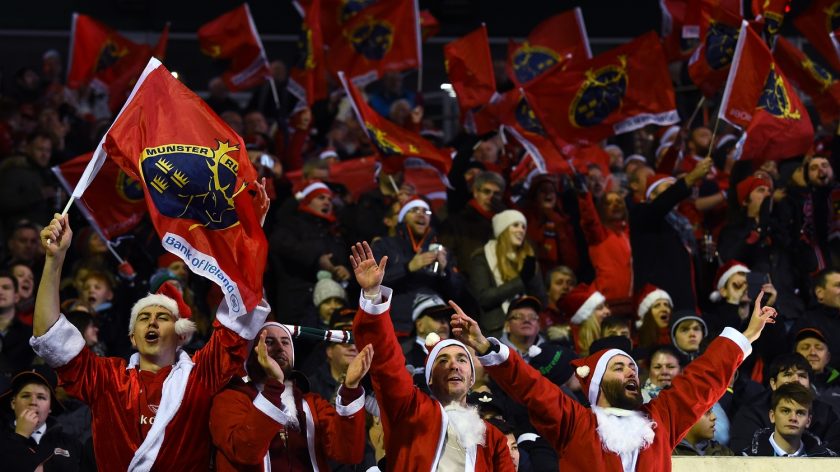 Munster and Perpignan fans expected to snap up tickets when they go on sale in early March.

Tickets have yet to go on sale for this eagerly anticipated Heineken Cup quarter-final, which kicks-off at 17:30 on Saturday 1 April.


Munster are due to contact their Supporters Club members shortly with an option to purchase the highly sought after tickets. Remaining tickets will then go on general sale in early March.

Perpignan have announced that tickets for this encounter will go on sale on 1 March at the main club ticket office, from 2 pm to 5.30 pm, untill 11 March, subject to availablility.

Following last year’s Leinster V Leicester quarter-final in Lansdowne Road, the forthcoming Munster V Perpignan clash looks set to be another sell-out as fans look forward to securing their golden ticket. The stadium will be awash with colourful Catalans and a red sea of Munster supporters.