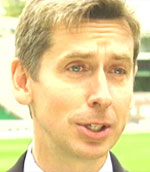 You might live to regret it come Monday morning if you give your afternoon away to another pursuit!


These two French sides have stood out as realistic winners of the Heineken Cup from the very first weekend of the season.

Toulouse won at the Scarlets – in the only tryless match of the tournament – but came home with plenty left in the tank, whilst Stade Francais started with an excellent win at home to Gloucester.

The Parisians have been the French champions for last the two years and Toulouse are two-time winners of the Heineken Cup. Both want this prize desperately – something that says a lot about the increasing stature of this tournament in France.

It is becoming the premier competition for many of the French teams (Bourgoin aside) and that is great news.

There will be stars all over the pitch on Sunday. Stade won’t want to play the conservative game that beat Biarritz.  They recently beat Toulouse with a fast and forward-dominated game in the Top 16.

When they are in form, Toulouse are virtually unstoppable. They played some amazing rugby in the final last year and only that catastrophic mistake cost them at the end. They will certainly be wanting to make up for it this year.

This game really has the lot!

PREDICTION – Toulouse
I have been saying Biarritz all season but Biarritz will be watching and thinking, ‘we should have been there’. Well, I have to stop saying Biarritz now! If Stade Francais fire, they will be hard to hold, even for Toulouse. Stade will be keen to make amends for their defeat on home soil to Leicester in 2001. But, I just think that Toulouse, with the experience of last year, have set their stall out to win this year and will do so – even if it goes all the way to extra time!