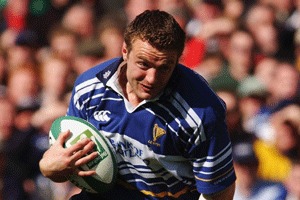 London Irish announced today that the latest reinforcement for its back row will be Aidan McCullen from Ireland. - 29/11/2006 12:12

London Irish announced today that the latest reinforcement for its back row will be Aidan McCullen from Ireland.

McCullen, the former Toulouse, Leinster and Ireland flanker, has signed a two year contract with the club.


“As we prepare for next season we need strength in depth in all positions, this will be especially important if we are to compete in the Heineken Cup,” said Brian Smith, London Irish’s Director of Rugby. “Aidan McCullen is an excellent player who has shown his class in Ireland and France with Leinster and Toulouse. He has played at the top level in Europe and that experience will be invaluable to us. McCullen’s Irish background is a bonus, we’re obviously very keen to retain our historic links with Ireland.”

The twenty-nine year old has made 14 appearances for Toulouse this season and 56 for Leinster in the Heineken Cup and Celtic League. His one Ireland cap to date came against Samoa in 2003. He also played at Sevens, Under 21 and A levels for Ireland.