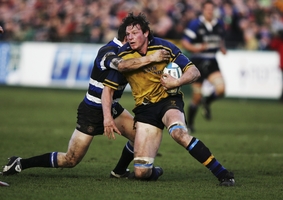 O’Kelly is Ireland’s most capped player with 75 international caps and is just three matches short of joining the ERC Elite 50 club for 50 Heineken Cup appearances.


O’Kelly could join his Leinster team mates Reggie Corrigan, Eric Miller and Shane Horgan already ERC Elite winners if the blues defeat Toulouse in the quarter-finals and then go one to beat either Munster or Perpignan in the semi-finals.

O’Kelly, who has featured in all of Leinster’s six Heineken Cup Pool games this season, believes that the next couple of seasons with both Leinster and Ireland are going to be very important. The 31 year old said “With the new coaching set up in Leinster and the 2007 World Cup fast approaching, I think these will be very exciting times for the province and the Ireland team.  I am happy to have agreed my new contract, allowing me to concentrate on the upcoming RBS Six Nations and the visit of Italy this weekend”.