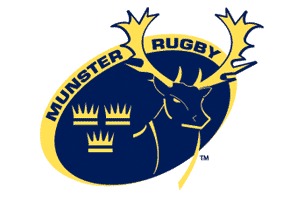 Munster defence coach Jason Hollandn warns of the challenge the Ospreys will pose in the Heineken Cup quarter-finals. Watch the video here. - 27/01/2009 17:19

The 18-17 victory in the Scottish capital, the first home defeat Edinburgh Gunners have suffered in the Celtic League this season, could hardly have come at a better time with a win on French soil possibly vital to who goes through into the quarter-finals.

“I think one of the most pleasing things about our performance was the character the side showed,” said coach Declan Kidney.

“They had taken an awful lot of stick over their recent performances, particularly the games against Leinster and Ulster, and so to go to Edinburgh and win was a tremendous achievement.

“Edinburgh are a quality side who hadn’t been beaten at home in the League all season so this was always going to be a difficult assignment.

“It was also hugely opportune in the context of the Heineken Cup. Confidence levels might have been a little down going into the Edinburgh game but that will have helped restore it.

“We have just a six-day turnaround and so now we are preparing for that challenge in the time available.

“And it is going to be a massive challenge, we know that.

“We also know that the fact that they are out of contention for a place in the knock-out stages will mean absolutely nothing whatsoever.”

But Munster won the Round 2 clash between the sides back in October 42-16 and Kidney is expecting a potential backlash at Stade Pierre Antoine.

“They will be looking to make up for the result in Thomond and they have a home record that they are both fiercely proud and protective about,” he said.

“When the Pools were announced and before a game was played we knew we would need a big performance in Castres so there’s nothing new there.

“They have an impressive squad and we have huge respect for them. We certainly know enough about them because we’ve played them so often and it never gets any easier.

“But we travel knowing that if we give it our best shot we will be in with a chance and it’s great to be in that position.

“There are a load of clubs who would love to be still in contention and besides that we have a huge support as usual so we won’t be lacking in that department. It is going to be a great occasion.”