Luscombe cleared to roar for the Dragons 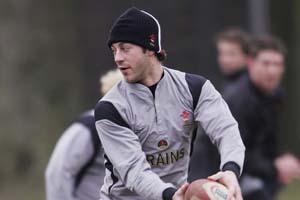 Wales centre Hal Luscombe has been cleared to play for Newport Gwent Dragons in their Heineken Cup play-off against Parma following insurance and fitness concerns. - 29/11/2006 13:08

Wales centre Hal Luscombe has been cleared to play for Newport Gwent Dragons in their Heineken Cup play-off against Parma following insurance and fitness concerns.

That meant the player was technically uninsured for the game, although the Dragons have now agreed to fork out to cover the extra cover after Luscombe came through a fitness test on a groin injury.

Dragons coach Paul Turner said: “The circumstances around Hal’s insurance has been resolved and as far as we’re concerned he is now ready to play. He will be key for us.”

Luscombe will sign off after seven years at Rodney Parade to join newly promoted Quins after signing a three-year deal.

He said: “I’m glad it’s been sorted. It’s a massive game for the region and I would love to sign off by helping the club qualify for the Heineken Cup.”

The Dragons beat Connacht and Glasgow in the Celtic League to reach the play-off against the third-best Italian outfit for the 24th and final place in next season’s Heineken Cup.