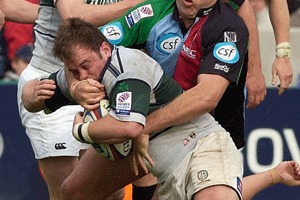 London Irish hooker Adrian Flavin will join Connacht Rugby as they strengthen their squad for next season. - 29/11/2006 12:13

London Irish hooker Adrian Flavin will join Connacht Rugby as they strengthen their squad for next season.

The former Irish  under 21, who will be 27 next month, has agreed terms on a two year deal as he leaves a London Irish club which he joined when he was just five.


Flavin, who was born in Harrow in London, played U-16 with England before declaring for Ireland and he was part of the Brian O¹Driscoll inspired side which won the under-19 World Cup in 1998.

Connacht conclude their season with home ties against the Ospreys and Glasgow in the Celtic League, and Flavin will link up with them for pre-season in July.