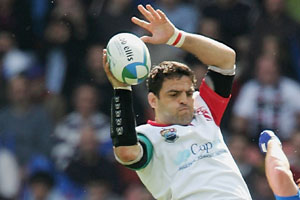 The French champions have been criticised by some for their conservative approach in the knock-out stage of this year’s competition since topping Pool Four.


Lievremont’s men have scored just one try in their two games after scraping past Sale Sharks in the quarter-finals 11-6 thanks to Sereli Bobo’s try.

And then they were reliant on the boot of Dimitri Yachvili and Damien Traille to conquer Bath 18-9 in the last four to book a place in the final for the first time.

Lievremont said: “Anyone who criticises us should see how we play in the French Championship where we are the best attacking team in the competition and watch how our coaches shout at us to play an open game.

“Perhaps we do not have enough experience of these big games. We lost semi-finals in the last two years, against Toulouse and Stade Francais, because we stopped playing and we did not want to make the same mistake again.

“Perhaps we did not play enough in the quarter-final and semi-final but it will not be the same in the final.”

Biarritz played both those games in front of a passionate home crowd at their adopted Estadio Anoeta in San Sebastian but Lievremont knows it will be a different story at a Millennium Stadium packed to the rafters with Munster fans.

He said: “I think there will about 70,000 Irishmen in that stadium so it will be very difficult. We have played Munster, Leinster and Ulster in Ireland and we know how hard it is, especially with their supports. But we are excited by this challenge and we are ready.”