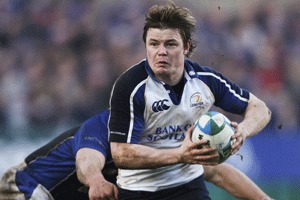 Leinster supporters will have one last chance to cheer on their heroes before the side's Heineken Cup quarter final in Toulouse. - 29/11/2006 12:38

Leinster supporters will have one last chance to cheer on their heroes before the side’s Heineken Cup quarter final in Toulouse.

Leinster have confirmed that they will face Italian Super 10 outfit Petrarca Padova in Donnybrook on St. Patrick’s Day (KO: 6pm) in the build up to the Heineken Cup quarter-final with current champions Toulouse.

Petrarca are the former club of Leinster assistant coach David Knox whom the Australian played for three seasons. Knox helped guide the Italians to the national championship in 1986/’87.

They are coached by South African Paul Roux and the friendly fixture will fill the gap in the fixture calendar for the province during the month of March.

Meanwhile, supporters hoping to purchase tickets for the Heineken Cup quarter final in Toulouse have until 1pm on Monday (13 March) to do so.

Tickets sales have passed the 4,600 mark and are available on www.leinsterrugby.ie