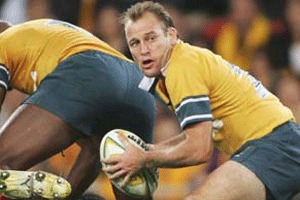 Heineken Cup quarter-finalists Leinster Rugby are delighted to announce the signing of Australian scrum-half Chris Whitaker on a two-year deal. - 29/11/2006 12:50

Heineken Cup quarter-finalists Leinster Rugby are delighted to announce the signing of Australian scrum-half Chris Whitaker on a two-year deal.

The 31-year-old Wallaby – who has earned 31 test caps (including two tries) – will link up with Leinster in the summer. He captained the New South Wales Waratahs since 2004 and led them to the Super 12 final last year. A veteran of two World Cup campaigns, Whitaker captained his country against Namibia during the 2003 Rugby World Cup.

He also has an English passport which allows Leinster to field two foreign players in the Heineken Cup.

Leinster coach Michael Cheika said: “We are delighted that Chris has decided to come and play his rugby with Leinster. Several top European teams were keen to sign him but after visiting our set up he was extremely enthusiastic in continuing his career in Ireland and in the Celtic League and Heineken Cup.

“Chris is a high quality player and will fit in perfectly with the atmosphere we are building at Leinster. He has a wealth of international experience and is a natural leader having led the Waratahs to a Super 12 final last year and again in the inaugural Super 14 competition this year.”