Lealamanu’a ruled out of crunch clash 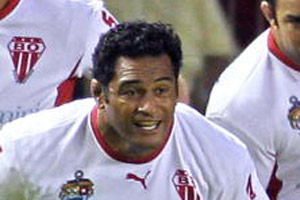 Biarritz will be without hard hitting prop Kas Lealamanu'a for the Heineken Cup quarter-final match against Sale Sharks this weekend... - 29/11/2006 12:49

The Samoan internation front row will play no part in the match at San Sebastian after he suffered a twisted knee during his team’s 16-6 victory over Clermont on Saturday.


The player underwent an IRM scan on Monday morning which revealed some ligament damage, further investigation revealed a tear which will require four weeks rest.

The news evens things up in the front row somewhat, with Sale confirming on Monday that Andrew Sheridan will also not be available for the game.