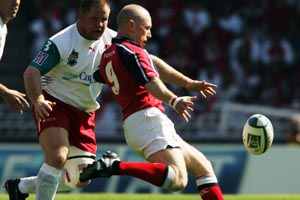 Coach Declan Kidney named a 26-man squad after their second last training session ahead of the Heineken Cup final against Biarritz Olympique on Saturday.

Included in that squad are Marcus Horan, Paul O’Connell and John Kelly but among those to miss out is Christian Cullen whose ankle injury sustained in the game against Ospreys precluded his inclusion in the squad.


Munster have their final training session which will take behind closed doors in Limerick on Thursday and they leave for Cardiff on Friday morning from Shannon airport.