Home Tie The Target For Falcons 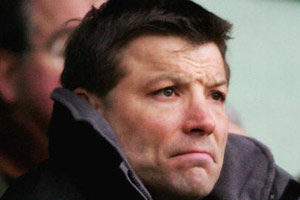 Andrew’s men secured safe passage to the quarter-finals courtesy of Sunday’s 47-20 victory over their closest professional neighbours, Border Reivers, but he said: “The job isn’t finished yet.

“Getting home advantage in the quarter-finals is huge for us, and if we win on Saturday we will also be a top-two seed, which would give us a home semi-final as well should we be successful in the quarters.”

The Falcons have met Brive already in the European Challenge Cup, running out convincing 51-19 winners in the Kingston Park rain back in October.

“We put in a good attacking performance that day, but we almost gave Brive a bonus point by conceding two tries in the space of a few minutes, and we need to avoid lapses like that if we are to make further progress in this competition,” said Andrew.

“With home advantage they are a dangerous side and we will have to make sure we’re ready for the forward battle.

“They are unbeaten in the competition at home this season, and if they decide to really go for this game then it will be a bruising encounter, but one that we are certainly up for.”

Far from taking it easy after guaranteeing qualification, Andrew insisted: “We will take a strong squad with us and will be throwing everything into this game.

“The European Challenge Cup represents arguably our best chance of Heineken Cup qualification for next season and, having reached the quarter-finals of that competition last season, we know how vital that is to the club.”

Having played in France with Toulouse during his playing career, former England fly half Andrew is well aware of the atmosphere that lies in wait at Parc Municipal de Brive.

“French teams on their own home soil are an entirely different proposition to playing them away,” said Andrew.

“We have made a lot of progress since we played them last, with Peter Walton coming in as forwards coach, and we are starting to get players back from injury now, so we go into the game full of confidence, but aware of the task ahead.”