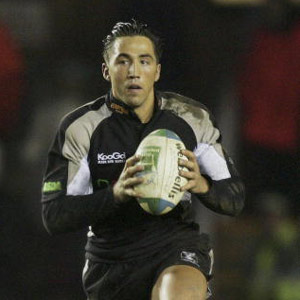 The Appeal was against the 10 weeks and two days suspension imposed by an independent Disciplinary Committee on 23 December, 2005, following Mr Henson’s citing in the Round 4 Heineken Cup Pool 3 game against Leicester Tigers on Sunday, 18 December.

The independent Appeal Committee accepted Mr Henson’s change of plea to guilty to the charge, in that he had struck an opponent with his elbow within the meaning of Law 10.4(a).  The Committee then heard submissions on behalf of ERC and on behalf of the Player as to what sanction should be imposed, in accordance with the IRB regulations that apply to the Heineken Cup.  The Committee first categorised the offence as in the mid-range of seriousness, and therefore determined that the appropriate entry-point for sanctions was the mid-point of the IRB tariff, ie 3 months.  It determined that there were no aggravating factors and that there were various mitigating factors.  It therefore determined that the appropriate sanction was a period of seven weeks and two days, ie ending on Sunday, 12 February 2006 inclusive.  In relation to costs, the Committee ruled that the Ospreys should pay the costs of the hearings and ERC’s costs.

An independent Disciplinary Committee, chaired by Rod McKenzie (SRU) and completed by Dr Barry O’Driscoll (IRFU) and Professor Lorne D. Crerar (SRU), had heard the citing lodged by the ERC appointed Citing Commissioner for the match, Bill Dunlop (Scotland). The independent Disciplinary Committee had found that Mr Henson had been in contravention of Law: 10.4 (a) – Punching or striking: A player must not strike an opponent with the fist or arm, including the elbow, shoulder, head or knee(s).