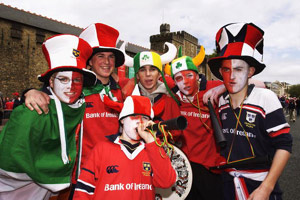 Tickets for the game at the 74,500 capacity Millennium Stadium went on sale before the Pool games started in October and will remain available to the public via Ticketmaster right through to the day of the game.


While the public get the first chance to buy tickets for European club rugby’s biggest occasion, tournament organisers ERC always hold back a significant number for distribution between the two finalists.

This will be the fourth Heineken Cup final to be played in Cardiff and the 74,600 crowd that attended the 2002 final between Leicester Tigers and Munster is both a record for a final and the highest attendance ever recorded at the Millennium Stadium.