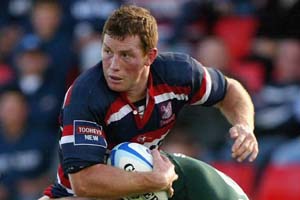 Munster have announced seven first-time full contracts in the official announcement of their Senior Squad for the season 2006/2007.


In addition, Andy Kyriacou has been signed from Saracens on a short-term contract to provide cover for the injured Fogarty.

Development player Donncha Ryan and Ireland Under-19 Keith Earls are two interesting players who will look to work towards the reward of a full-time contract.