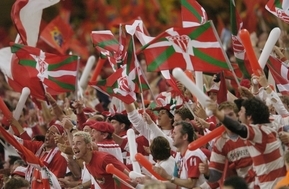 The French club rugby season kicks-off this weekend with all seven French Heineken Cup clubs in action in Round 1 of the Top 14 championship.

The opening round of the Top 14 championship starts this weekend and will see the clash of France’s former Heineken Cup champions when three time champions Toulouse travel to the home of the 1997 Cup winners Brive.


Round 1 will also see the clash of Heineken Cup Pool 1 rivials Peripignan and Castres Olympique who will meet for the first time this season weekend.  The two teams will meet again in Rounds 3 and 4 of the Heineken Cup in December with a view to securing a place in the London 07  Heineken Cup final.

Agen, who return to the Heineken Cup this season after a two year gap, will host Bourgoin while Francais Paris will play Montpellier in Round 1.

The 14 top flight French clubs will play each other, home and away, in the battle for the famous Bouclier de Brennus trophy with the top four teams playing off for the French title.  The top six clubs each year qualify for the Europe’s Heineken Cup. France earned a seventh place in the Heineken Cup this season as the the French clubs out performed the English and Italian clubs in last season’s Heineken Cup.