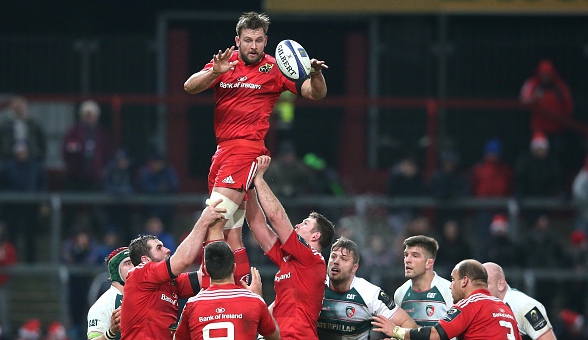 Ireland back-row Foley will lead his Munster side into their third Heineken Cup final following agonizing defeats in 2000 and at the Millennium Stadium in 2002.


Now he’s determined to go one better on their return to Cardiff and get their hands on the cup.

Foley said: “We will have to wait and see if it’s going to be third time lucky for us. I’ve always said that no team has a divine right to win the Heineken Cup. You have to earn it over the 80 minutes on the day – so right now we’ve got a 50-50 chance.

“We’re trying to treat this final as a game in itself and not worry about the past. What has happened before, winning or losing, or even form will count for much. It’s about what happens on the day.”

This is the first time Munster have not faced English opposition in the final after losing to Northampton 9-8 at Twickenham in 2000 before a 15-9 defeat to Leinster two years later.

This time they will face French French champions Biarritz Olympique for the title.

Foley said: “We’re trying to take this as just another game but we know it will be very hard against such a strong team as Biarritz. But we can’t think about them too much, we have to concentrate on what we are doing if we are going to win.

“It will be a fantastic occasion with a lot of support for both sides and a great buzz in the city, but we could find ourselves a lot of points down very quickly if we get caught up in all that.”