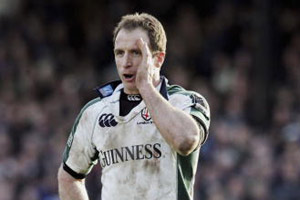 Having completed the pool stages undefeated to qualify for the quarter-final the Exiles are hoping to progress in this important competition.  The club is aware that it is only three games (and wins) away from a guaranteed place in next season’s Heineken Cup; returning to Europe’s premier club rugby competition remains London Irish’s key objective for the season.


“We are pleased with the way we have been performing over the past month” said Brian Smith, London Irish Director of Rugby. “We have been playing attractive, positive rugby and scoring lots of tries, in February and March we have averaged three per game.”

The only concern that London Irish has going into the game is the high number of senior players that are unavailable for selection primarily through injury.  Nine members of the senior squad are injured including Danie Coetzee, Michael Collins, Barry Everitt, Paul Gustard, Michael Horak, Ross Laidlaw, Nick Kennedy, Juan Leguizamon, and Faan Rautenbach.  In addition, Nils Mordt is away on international duty with England competing in the Hong Kong Sevens this weekend.

Commenting on the game Brian Smith said: “We are treating this game like any other.  All this week the focus of our preparation has been on performing well on Sunday afternoon.  If we do we will leave the rest to the rugby gods and hope they treat us a little kinder than was the case last week!”