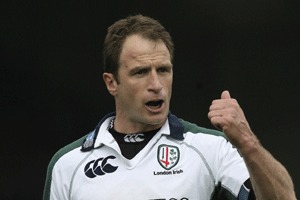 London Irish turn their attention to the European Challenge Cup final against Gloucester Rugby next Sunday 21 May in Twickenham Stoop.

London Irish team were beaten by Leicester Tigers 40-8 in the Premiership, but Irish are still chasing silverware in next weekend’s European Challenge Cup final.

Leicester Tigers registered five touchdowns to reach a second successive Premiership final. Leicester have a chance to make amends for their Heineken Cup quarter-final exit against Bath this term.

Since Bath edged them in a tense Heineken Cup quarter-final at the Walkers Stadium six weeks ago, Tigers have compiled an impressive unbeaten run, which will not be lost on first-time Premiership finalists Sale.