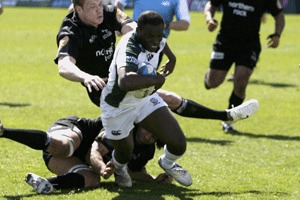 What has been an exhilarating season for London Irish and its supporters climaxes on Sunday at the Twickenham Stoop when the Exiles take on Gloucester Rugby in this season’s European Challenge Cup Final with Gloucester Rugby.


“We’ve selected a squad that we believe can win on Sunday,” said Brian Smith, London Irish Director of Rugby. “This is week 50 of what has been a long, hard season for our players so we will be using the full 22.  “Having said that, there won’t be any need for pep talks this week!  Occasions like this come rarely, we’re going to give it a blast and see where that takes us!”

All seven London Irish players named in the England squads earlier this week feature in the 22.  “This is the kind of game that you work hard for all season,” said Mike Catt, London Irish’s team captain, who was re-called to the England squad on Monday.  “The final means a lot to both teams and both have played attractive rugby over recent weeks.  If the weather is kind, we could be in for a great game.  It would be good to finish the season with some silverware.”

Catt starts at outside centre on Sunday with Riki Flutey at inside centre and Barry Everitt taking over the fly half role.  The back three of Delon Armitage, Topsy Ojo and Sailosi Tagicakibau are unchanged from last week’s Guinness Premiership semi-final at Leicester.

The pack features an unchanged front row.  Nick Kennedy starts with Bob Casey at lock enabling Kieran Roche to move to the back row where he teams up with Olivier Magne and Juan Leguizamon.