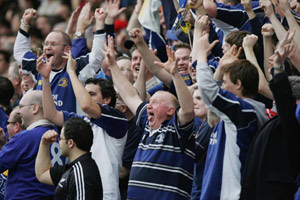 After an amazing weekend of rugby, the eight European semi-finalists have been decided.

Sunday’s matches saw London Irish dispatch Bayonne 48-5 at the Madjeski Stadium to clinch the fourth and final place in the European Challenge Cup semi-finals. They will travel to Newcastle to play the Falcons at Kingston Park.

Biarrtiz Olympique won a nail-biting match 11-6 against Sale Sharks to secure their place in the semi-finals the Heineken Cup. They will return to the Estadio Anoeta for their semi-final against Bath Rugby.

On Saturday Irish eyes were smiling after wins for Munster and Leinster. Both sides beat French opposition to set up the all-Irish semi-final.

Leinster knocked out defending champions Toulouse with a remarkable 41-35 win in France.

And Munster were19-10 winners over a dogged Perpignan outfit.


The Provinces will now face each other at Lansdowne Road in three weeks time.

Earlier in the day, Bath Rugby held on for a memorable 15-12 win over Leicester Tigers in front over 30,000 fans at the Walkers Stadium.

In the European Challenge Cup, Worcester and Gloucester joined Newcastle in the final four.

Newcastle secured their place in the semi-finals with a 23-3 win over Connacht on Friday night.