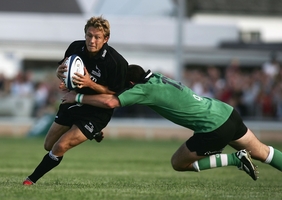 Newcastle Falcons will tackle Connacht Rugby in front of the Sky Sports cameras when they clash in the first of the European Challenge Cup quarter-finals at Kingston Park on Friday, 31 March

The winner of the Friday night showdown between Colin Charvis’  No 2 ranked team and No 7 ranked Connacht – and the winner of No 1 ranked Gloucester Rugby’s quarter-final against No 8 team Brive at Kingsholm – will be at home in the semi-finals of the tournament three weeks later.


The all-English clash between Northampton Saints and Worcester Warriors will be played at Franklin’s Gardens on Saturday with London Irish meeting Bayonne the following day at the Madejski Stadium.