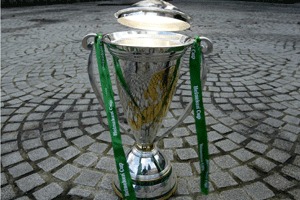 As teams across Europe battle to secure qualification for the 2006 / 2007 Heineken Cup, ERC have announced next season’s structure for the Heineken Cup and the European Challenge Cup.


The format for the Pool stages of both tournaments are unchanged from this season with three blocks of two Rounds being played on consecutive weekends in October, December and January, 2007 before the start of the Six Nations 2007 Championship in February.

The two ERC tournaments will return with a three-week break between the quarter-finals and semi-finals in late March and April with the final of both the Heineken Cup and European Challenge Cup being staged on the weekend of 19 / 20 May.

The initial 22 places for next season’s Heineken Cup will be allocated as following:

The winner of the European Challenge Cup will be allocated one of the spots from the club’s home country.


The 23rd place will go to the most successful nation in this season’s competition from England, France and Italy.  As no Italian team has qualified for the knock-out stages, either England or France will be allocated a seventh team based on who is the most successful.

Ireland, Scotland, Wales and Italy will be in contention for the 24th spot via the Celtic League and Italy via their Super 10. That final Heineken Cup place will go to the winners of a play-off between the highest placed non-Heineken Cup qualifying team from Scotland, Ireland or Wales in the 2005 / 2006 Celtic League and the losing Italian semi-finalist which finished highest in the 2005 / 2006 Italian Championship.