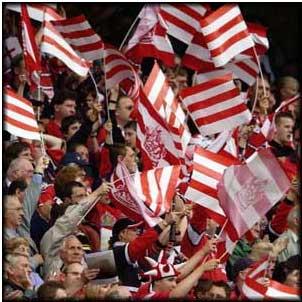 The deal will provide France Televisions with the exclusive rights in France to the Heineken Cup, Europe’s premier club rugby tournament, through to the end of the 2009 / 2010 season.


France Televisions will become ERC’s longest standing commercial partner, having been one of the original broadcasters when the tournament was launched in October, 1995.

The extension will generate increased revenues for the development of the professional club game in the tournament’s six shareholder nations.

France Televisions will, from next season, double its Heineken Cup live broadcasts and televise two matches each tournament weekend as well as increased coverage of the knock-out stages.

“France Televisions have been professional and ever present partners since the tournament was launched 10 years ago and this new commitment provides further evidence of the growing stature of the Heineken Cup across Europe,” said ERC Chairman Jean-Pierre Lux.

“The French clubs have been integral to the success of our tournament and the quality and quantity of coverage provided by France Televisions since the tournament’s opening game has been exceptional.

“France Televisions commitment to European club rugby is second to none and we are delighted to have agreed this enhanced four-year partnership.”

Derek McGrath, ERC Chief Executive added: “The increased value created for our partners and stakeholders, generated by this extended partnership and the greatly enhanced broadcast exposure, offers a wonderful platform for the continued growth in the stature and appeal of the Heineken Cup.”

The France Televisions announcement comes hot on the heels of other major commercial announcements by ERC in 2005.

* Heineken extension of their title sponsorship through to the 14th final in 2009.
* Sky Sports extension for television coverage of the Heineken Cup until 2010.
* S4C secured rights to an extensive highlights package for five seasons.
* RTE has secured the rights to full delayed broadcasts of all games involving Irish teams (home and away) for the next four seasons.