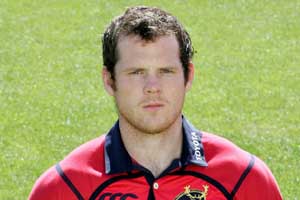 Former Ireland Under-21 international Paul Devlin has been released from his contract by Heineken Cup champions Munster. - 29/11/2006 12:11

Former Ireland Under-21 international Paul Devlin has been released from his contract by Heineken Cup champions Munster.

The 25-year-old centre/winger, who joined Munster in September 2004 after a spell playing rugby league for Widnes Vikings, failed to make an impact at the province owing to injury and loss of form.


The son of Irish-born parents, Devlin has already signed for French side SC Albi on a one-year deal – the Midi-Pyrenees-based club, who confirmed the signings of Devlin and Samoan full-back Fili Fa’Atomu on Friday, won promotion to the French Top 14 championship this year. Albi have qualified for the 2006/07 European Challenge Cup for the first time.

Devlin made just 14 Celtic League appearances for Munster – including two games last season – while his one and only Heineken Cup cap for the men in red came as a substitute in the 2004/05 quarter-final against Biarritz.