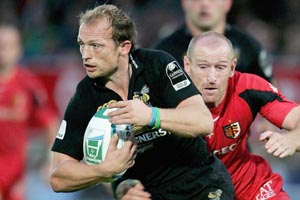 England’s World Cup-winning scrum-half Matt Dawson has announced he will retire from rugby at the end of the season.


With 33 appearances and 76 points in the Heineken Cup to his credit, the 33-year-old has represented both London Wasps and Northampton Saints in Europe’s premier club rugby tournament.