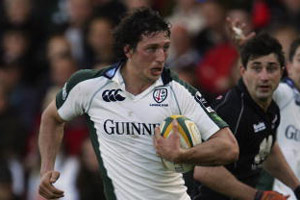 London Irish flanker Declan Danaher said his side could take positives from the spirit they showed once down to 14 men in losing against Cardiff Blues. - 18/11/2011 23:17

Danaher – who has been involved in the two Guinness Premiership clashes between the sides – also says that because the match is an all-English affair, he expects a tight battle between two sides that know each other well.


“We beat them at Kingsholm, but then they got their revenge at the Madejski Stadium,” he said.

“They are a good side with a lot of quality throughout, but we have done alright against them this season, we know how they play and we know how to beat them.

“They have a pretty big pack, with Alex Brown a key man in the line-out. The set piece will be crucial, and I think who ever comes out on top in the scrum and the line-out will come out on top.

“We will have to be pretty streetwise to beat them, I expect it to be a pretty fiery contest.”

Irish have only played one other English side en route to their final appearance. They overcame Newcastle Falcons 27-22 in a thrilling semi-final.

“I love playing in this competition,” said Danaher. “I love travelling to France and Italy to play my rugby. It’s what you dream of as a youngster, so to get to the final of a major competition is a dream come true.

“The European Challenge Cup is a great competition for the youngsters to get experience, and the like of Topsy Ojo and Delon Armitage have really done a job for us this year.

“When I was a youngster here I cut my teeth in the European Shield, and now it’s great to see the young players doing the same now.”