Cullen and Mullins return to action 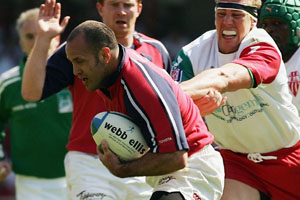 Cullen and Mullins have recovered from injury and have been named in the Munster team for this weekend's Celtic League clash. - 29/11/2006 12:41

Cullen and Mullins have recovered from injury and have been named in the Munster team for this weekend’s Celtic League clash.

Christian Cullen returns to the Munster starting line-up for the first time in over a year after being named as full back on the Munster side for the Celtic League game against Border Reivers in Netherdale on Friday. The former All Blacks star has notched up nine appearances in the Heineken Cup and will fight for a place in the Heineken Cup final team against Biarritz Olympique.

Mike Mullins is another player who returns to action after a long lay off. Mullins was injured in a pre-season friendly and is named in the starting XV for the first time since then. With 46 Heineken Cup caps to his credit the centre will be glad to return to action ahead of the Heineken Cup Final on Saturday 20 May.