Connacht out to clip Falcons’ wings 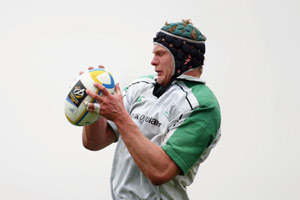 Connacht captain Andrew Farley says his side is relishing the prospect of taking on Newcastle in front of the Sky Sports cameras... - 29/11/2006 12:11

Connacht are through to the business end of the European Challenge Cup for the fourth straight season – and captain Andrew Farley is relishing the challenge of facing Newcastle Falcons’ star-studded side at Kingston Park on Saturday, lifted by their away win at Border Reivers in the Celtic League.

“Newcastle have a side full of internationals from several countries and we are certainly looking forward to coming up against them,” said second row forward Farley.

“We will have to play our own game to the best of our ability because we know that if we make mistakes they will hurt us on the scoreboard. However, if we do the basics correctly then we could come away with a victory.

“We have been in the quarter-finals for the last four seasons and gained a lot of respect for our performances so we will not be over-awed against the Falcons.

“Getting a result is hugely important, not only for us as a team but also for our fantastic supporters in the West of Ireland. The added bonus is that if we can win at Newcastle then we are home in the semi-finals and that would be great for our fans.

“However, their strike force in the back line – two England centres and Matt Burke at full back – compliments an excellent all round team so while we have improved a lot as a team since Christmas, we will need a solid team performance on the day.”

Meanwhile, coach Micheal Bradley has has named his side to face Newcastle live on Sky Sports.


Keith Matthews and Stephen Knoop have returned from injury and both start while Paul Warwick is rated at fifty/fifty and a decision will be made on his fitness on Friday.  Darren Yapp misses the game with a hamstring injury.