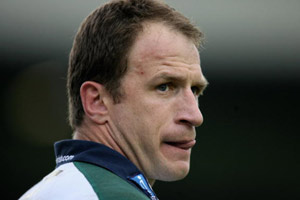 England Veteran Mike Catt walked away with the Player of the Year award, a fitting honour for the ever-green thirty something.


Catt’s generalship has been crucial as The Exiles have enjoyed their most successful season.

With crowds at the Majedeski Stadium often reaching the 10,000 mark, Irish made their way to the Guinness Premiership playoffs by finishing third on the table – securing a place in next season’s Heineken Cup.

They have also enjoyed a fine time in Europe, progressing to their first European Challenge Cup final appearance against Gloucester this coming weekend.

Irish have developed their style this season and have shaken off the tag of a forward heavy side to a team now recognised for their running rugby.

And young wing Topsy Ojo’s contribution to that transition was recognised as he was voted Young player of the Year.

Irish’s suffered defeat to Leicester in yesterdays Premiership semi-final meaning that Sunday’s match against Gloucester is their final chance for silverware this season.