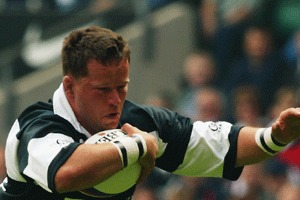 Christian Califano, one of the giants of the French Test scrum over the last decade, has joined Gloucester Rugby on a two-year contract.

The 33-year-old tight-head prop, Califano, who moves to Kingsholm from French club side Agen, becomes the third international forward recruited by Gloucester for next season, following in the footsteps of Italian duo Marco Bortolami and Carlos Nieto.


“Christian is a crucial addition to our squad,” said head coach Dean Ryan.

“He brings with him a weight of experience that is almost unparalleled in the European game. He has spent the majority of his career in the Heineken Cup and will help us enormously as we test ourselves in club rugby’s most challenging environment next year.”

Califano already has won 33 Heineken Cup caps. It will be Califano’s second stint in the English Premiership following a brief spell with Saracens in 2002/03. He previously spent several years at French side Toulouse and later gained experience of the Southern Hemisphere’s top club competition – the Super 12 – with the Auckland Blues.

“I am very excited about this opportunity,” Califano said. “Dean Ryan has a very clear vision for the team and their progress on the field this season in qualifying for the Heineken Cup is a sign of things to come. “