Bourgoin Can Still Have A Say – Urios 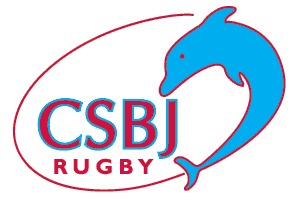 Bourgoin host Bath Rugby at Stade Pierre Rajon on Friday night as Bath defend one of only two 100 per cent records left in this season of Europe’s pre-eminent club tournament.

“We are definitely looking for a victory against Bath this weekend,” said Urios, whose team opened the campaign with a win over Glasgow Warriors and beat Leinster 30-28 in Round 4 but lost 39-12 away to Bath back in October.

“But there is no doubt about it – they are formidable opponents. We saw in the first leg away to Bath that they are a very well-drilled team who have clearly made the Heineken Cup their main priority this year.

“However, their preparations have produced a team with solid set-pieces and great communication within the team and, coupled with their determination in the tournament, they are going to be difficult to beat.

“Winning at home is always important for us, but we also have team pride at stake and I think we showed in our game against Leinster just how determined we are and that we are looking for victories in this competition.

“We are not going into this game wanting anything less than a win. We had a really good match last weekend in the Top 14 against Brive, which we won 19-14, and we are hoping to build on this in the Heineken Cup on Friday night.

“We have a few injury worries from last week, but we expect most of the players to be available and we will be looking to put out a top-strength side for this match.”