Biarritz are so special – NOON 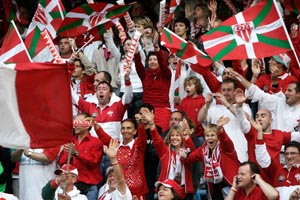 Colin Noon provides an insight into the defending French champions’ approach to the biggest day in their history.

Noon, the former Northampton Saints prop is on loan to Biarritz Olympique but not eligible for the Heineken Cup final against Munster at the Millennium Stadium.

“I would have loved to be considered to play in the final but I’m cup-tied with Northampton,” said Noon, who played for Bridgend against Munster in 2001. “However, I plan to travel with the lads so if they need any info on Cardiff I’ll do my best to assist! Seriously though, I know how much it would mean to this club to win but nobody is under any illusion about the size of the task.

“Munster are legends in European rugby and have produced some great rugby this season. To be honest, everyone was talking about Munster before our semi-final against Bath – they are an awesome team and we will have to be at our best to win.

“I must admit, it took me a while to get used to training down here, the approach is so different. Firstly the warm-ups consisted of a 10-minute jog. Then some of the lads just start throwing the ball around.

“I have never encountered that kind of relaxed working environment before. Nine or 10 balls might be knocked on during a session but you don’t get screamed at. If that happened in the UK you’d be on the ground doing push-ups. All of this has a great impact on team morale because we’re all treated like humans instead of robots.

“But the one big difference that I’ve encountered is the amount of time spent on video analysis.

“Patrice (Lagisquet) and Jacques (Delmas) probably spend five hours a week with us on video analysis and I’ve certainly never been involved with a club that spends so much time in analysing opposition. If the training on the pitch is relaxed then the opposite is true of video analysis. It’s very intense.

“The supporters are a really passionate bunch and you’ll find that in every country – Northampton supporters were fantastic. But there are certainly things that put them on another level and the big thing is the bond between the club and the supporters.

“They don’t just turn up for a game at the weekend as you will find loads of them watching you in training or they’ll be hanging out at the club later asking you about scrummaging – and some of them even know our moves!

“The other thing is the openness you find over here between the club and the supporters, there are no walls here.

“Players will sign autographs at any time and are always prepared for a chat or a photo.  The club makes time for its supporters and in turn they make sure that the players are part of that ‘family atmosphere’. It really does work like that here.

“And, while it’s not hard to love this country, it becomes even easier when you are talking about this part of France.

“Biarritz folk are a very passionate people – they are passionate about their food, their lifestyle and their Basque identity but, most of all, it’s their passion for rugby which makes this such a wonderful place to live.

“They know how to relax and enjoy themselves but they still win trophies.”