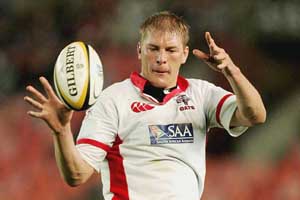 S.U. Agen confirmed new signings including a trio from South Africa to reinforce their pack ahead of the 2006/07 season.


Prop Van Niekerk, 28, and lock Stoltz, 31, both signed from Super 14 team the Cats while 27-year-old Badenhorst came from their rivals the Stormers.

This is the second time that Agen have qualified for Europe’s premier club rugby competition. Agen’s Heineken Cup opponents in Pool 2 will be Gloucester Rugby, Edinburgh Gunners and the 2006 semi-finalists Leinster.