Falcons ready to fly in Europe 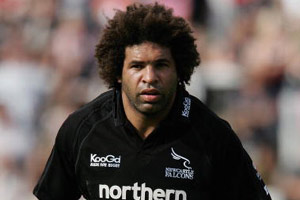 Newcastle Falcons captain Colin Charvis is under no illusions as to what will be required in Sunday's game against London Irish... - 29/11/2006 12:07

The Falcons enjoy home advantage in the clash in front of the Sky Sports cameras but the Exiles have already claimed victory at Kingston Park this season with a 23-20 win back in November. Newcastle may have gone some way to redressing that with a hard-fought 9-6 triumph at the Madejski Stadium in February, but Charvis admits: “Irish are a class side, they’ve shown it all season.

“They are rightly one of the top sides in the England and Brian Smith has got them playing some good stuff. As a unit they are very hard to break down which is a great quality to have.

“I won’t single out individual players because it’s very much the team ethic that has got them where they are, but we have shown once already this season that we have the talent to beat them.”

“Psychologically that is a massive weight off our minds as a club, because with the threat of relegation looming you’re talking about people’s jobs and livelihoods.

“Now that burden is lifted and the European Challenge Cup represents a great chance to achieve something from the season. It is silverware, which is great for the fans, but it’s also Heineken Cup qualification and all the benefits that brings.”

Director of rugby Rob Andrew said: “London Irish’s league position doesn’t lie and over the course of the season they have been a very good side.

“We came close to beating them up here in November and then we managed to get the better of them down there, so I suppose you could say it’s one-all and this is the decider.

“Traditionally we are a team which thrives on big knock-out games and, with some of our players now returning to fitness, we have the chance to finish what has been a difficult season on a real high.”

Fly-half Jonny Wilkinson is just one of the returning Falcons who have boosted their ranks in recent weeks, and with his comeback game against Sale last weekend now under his belt he is back and raring to go.

“Getting back out on the pitch on Sunday was great, and with that now out of the way everyone at the club is totally focused on what is now a vital game for the club,” said Wilkinson.

“The European Challenge Cup would really see us take something very positive from this season and if we can harness the effort we showed against Sale Sharks at the weekend then we will put ourselves in an excellent position to really give it a go and reach the final.”