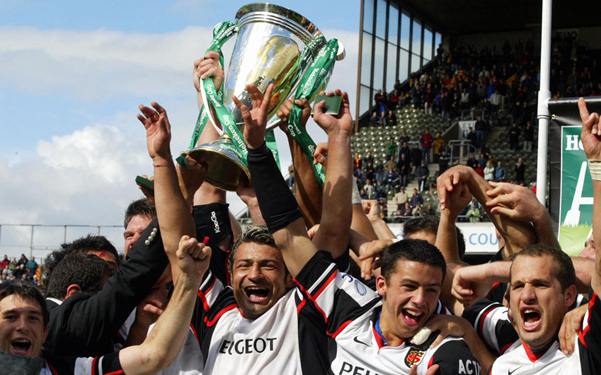 Toulouse secured their second Heineken Cup title with a hard-fought 22-17 win over fellow French side Perpignan in Dublin in the eighth Heineken Cup final.

Toulouse fly-half Yann Delaigue kicked 17 points, including five penalty goals, in a classy performance in front of 28,600 fans at Lansdowne Road. Perpignan play-maker Manny Edmonds replied with four penalty goals, but the Catalan side were always struggling to make up the 19-0 deficit at halftime.

Toulouse, the Cup winners in its inaugural 1995-96 season, opted for the strong wind in the first half, but would have wanted more than two Delaigue penalty goals on the scoreboard in the opening quarter.

Perpignan had two chances to peg back three points, but opted to kick for the corner both times. It seemed a strange decision because of their mis-firing lineout and so it proved, Toulouse lock David Gerrard stealing crucial possession to retain his side's daunting 19-0 lead at the break.

The underdogs took immediate advantage of the breeze at their backs with penalty goals to Edmonds in the 44th, 51st and 57th minutes as they clawed their way back to within 10 points.

The Australian added a fourth three-pointer after 70 minutes, but his side couldn't breach the Toulouse try-line as rugged defence led by man of the match Christian Labit and poor handling by the Perpignan attackers combined to keep them out.

Delaigue ignored the wind in his face with several match-saving clearances, and put the result beyond doubt with an injury-time penalty goal.

A clever chip from Edmonds set winger Pascal Bomati up for a last-minute try, but time ran out for the brave Catalan side and it was a successful return home for Toulouse's Irish international Trevor Brennan. 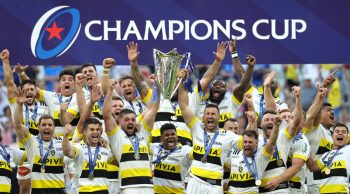