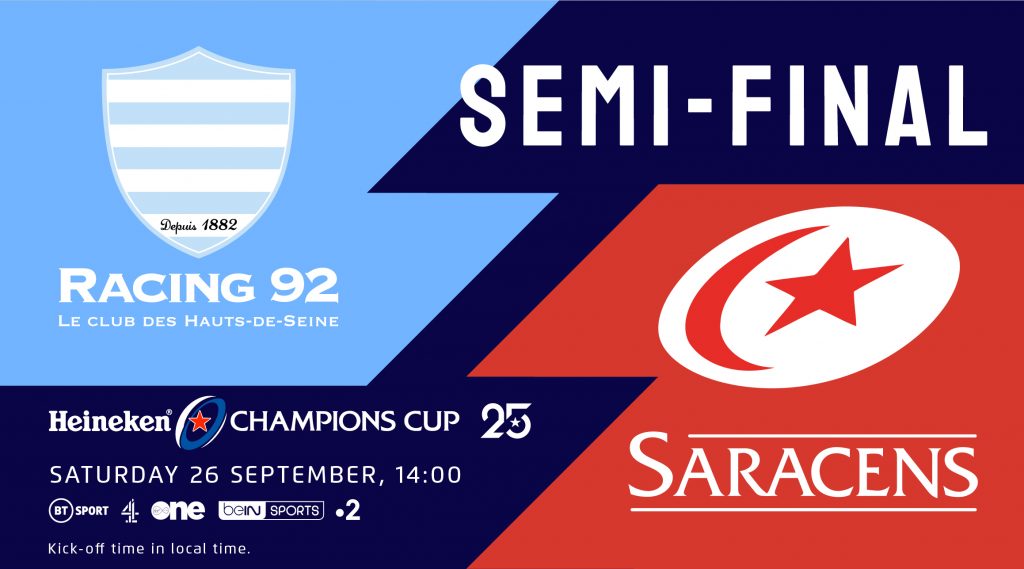 Make sure you watch this weekend's Heineken Champions Cup semi-finals!

Saracens will be aiming to reach their fourth Heineken Champions Cup final in five years, while Racing 92 will be bidding for their third in five when they meet in the semi-finals at the Paris La Défense Arena on Saturday (13:00 UK and Irish time).

Saracens have won six of their eight meetings with Racing in the Champions Cup, but the French side handed the reigning champions their second defeat in 16 matches in the competition with a 30-10 victory back in November which helped them top Pool 4.

The tie is on BT Sport, Channel 4, Virgin Media, beIN SPORTS and FR 2. 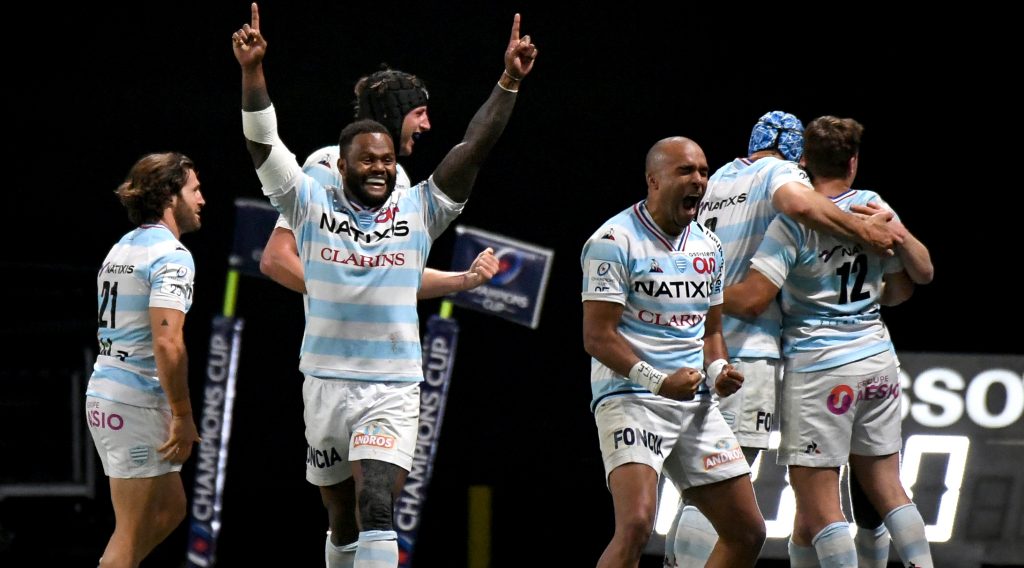 Juan Imhoff scored a stunning 76th minute try that was enough for Racing 92 to secure a spot in the Heineken Champions Cup final after a dramatic 19-15 semi-final win over Saracens in Paris.

In a heavyweight clash that looked to be settled between kickers Alex Goode and Teddy Iribaren, it was a stunning move combining Finn Russell, Virimi Vakatawa and Imhoff with three minutes to play that settled the thrilling last four clash.

The French side got off to a good start when Saracens were penalised for not rolling away, allowing Teddy Iribaren to step up and make no mistake from the kicking tee.

Alex Goode – the star of the show in Dublin last week – then nudged Saracens into a three-point lead with two penalty kicks before Iribaren hit back with interest, including a three-pointer just before the break, to put Racing 92 9-6 ahead.

Saracens would dominate the early stages of the second period, winning penalty after penalty in kicking range so that Goode could add three, six and then nine points to his tally, putting Saracens 15-9 ahead.

A stunning score at the death! ✨

Replacement kicker Maxime Machenaud cut the gap to three points with 11 minutes to play, before the final stunning act of a Heineken Champions Cup classic.

It came to Russell who pulled off a stunning chipped kick into the path of Vakatawa on halfway. He fumbled the ball but managed to keep hold of possession, sprinted clear before handing back to the fly-half.

Russell had the extra man on his outside and made no mistake in finding Imhoff who sprinted away and dived over for the crucial try with three minutes to play.

Machenaud landed the conversion, forcing Saracens to look for a last-gasp try but as they moved play wide, Teddy Thomas managed to disrupt the attack and get the ball out of play to secure the Parisian’s spot in next month’s showpiece final.